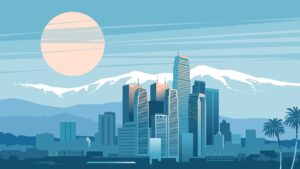 A cap on property tax increases could be overturned to pay for public schools, community colleges and local government services.

Q. I’m hearing that California’s Proposition 13, which had been passed in 1978, may be overturned to some degree in this coming election. Is that true and what parts are up for change?

A. Californians will vote in November on changes to Proposition 13 in regards to commercial and industrial properties, according to Sophia Y. Cizmarik, a San Francisco-based attorney at the firm Weintraub Tobin.

Proposition 13, approved by voters in 1978, is currently applied to all property types. It limits property tax increases to 2% a year and lets property owners keep the assessment value from the year the property was purchased, Ms. Cizmarik said.

Proposition 15, on next month’s ballot, would change the tax assessment of commercial and industrial properties, she explained. If passed, those properties would be assessed at market value, and the rise of the annual assessment would no longer be capped at 2%.

If it passes, the state could see between $6.5 billion and $11.5 billion in additional revenue per year, according to Ms. Cizmarik. Those funds would be earmarked for public schools, community colleges, and local government services.

There are a number of exemptions. For example, owners of commercial and industrial properties with a combined value of $3 million or less would not be affected, according to the state. Agricultural properties are exempt as well.

In addition, properties that are at least 75% residential would be excluded from the new assessments. Investor-owned residential rental buildings will also be exempt, according to Ms. Cizmarik.

“So if you have that apartment building, that’s not going to be considered commercial,” she said.

For mixed-use buildings that are zoned less than 75% residential, the different usages will be considered and taxed accordingly.

“If half is commercial use, then half gets reassessed,” the lawyer said, adding that the other half would retain its assessment under Proposition 13.

In addition, properties that are at least 75% residential would be excluded from the new assessments. Investor-owned residential rental buildings will also be exempt, according to Ms. Cizmarik.

When presented with the official summary of the proposition, 49% of likely voters said they supported it, according to poll numbers released in late September by UC Berkeley’s Institute of Governmental Studies. In addition, 34% said they would vote no and 17% were undecided.