The property has a 12,679-square-foot main home, a guest house and 300 feet of water frontage 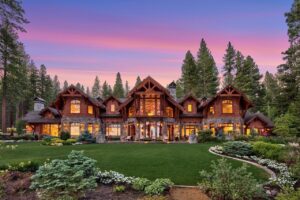 A more than 5-acre compound on Lake Tahoe hit the market this week for $60 million, about $12 million above the most expensive home sold in the area.

Located in Incline Village, Nevada, on the north shore of the lake, the property includes a 12,679-square-foot main home and a 3,800-square-foot guest house with more than 300 feet of lake frontage and a pier, according to the listing with Mary Kleingartner and Ryan Mitchell of Compass.

If it sells for close to its asking price, it will be the most expensive property sold in the area by 20%. Tahoe’s biggest deal remains a 2013 sale for $48 million, according to the Multiple Listing Service. 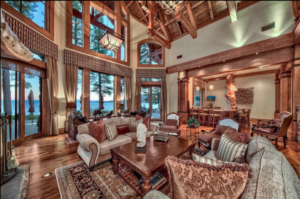 “This stretch of Lakeshore is locally referred to as ‘Billionaire Boulevard,’” Ms. Kleingartner said in an email. “The prestige of the location combined with its 313 feet of lakefront and more than 5 acres of property offers priceless privacy and security to its owner.” 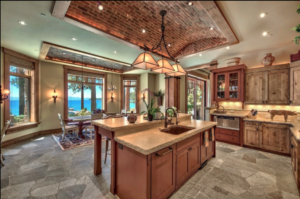 In addition, there are “advantageous financial implications it delivers being sited on the Nevada side of the lake as opposed being in California,” she continued. For example, Nevada has no income tax and lower property tax than the Golden State.

There’s also a chef’s kitchen with dual ovens and a breakfast nook with lake view, a family room with a stone fireplace and doors leading to the 4,000-square-foot terrace, listing photos show. The primary bedroom suite also has a fireplace and private outdoor space overlooking the lake. There are a total of five bedrooms, six full bathrooms and one powder room.

The design of the main residence, with its cedar-and-granite exterior, was inspired by The ​​Ahwanee, the upscale lodge at Yosemite National Park, according to the listing. The great room offers 39-foot ceilings and lake views, plus a wet bar with a 10-foot section of a claro walnut tree—a species native to northern California—running through it. 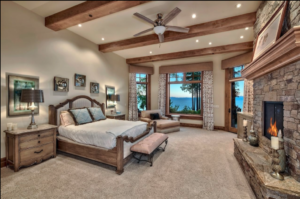 The guest house has four bedrooms and four bathrooms, and the property has a pier with a boat lift, the listing said. The manicured grounds boast a trickling water feature surrounded by native plantings.

The property last sold in 2010 for $11.8 million, according to records with PropertyShark. The sellers were not available for comment.

The Lake Tahoe area has seen an influx of interest since the beginning of the Covid-19 pandemic. Median prices in the areas of Incline Village and Crystal Bay, Nevada sky-rocketed 45% in July, to $2.55 million, compared to a year earlier, according to a market report from Compass. Last July, the median price of a home there was $1.4 million. 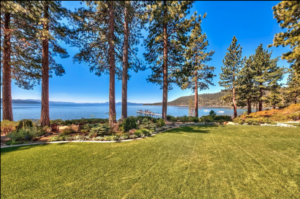 “With the broader shift to remote and hybrid work during the pandemic, people realized that they no longer needed to live as close to their workplace and relocated to Tahoe, creating unprecedented housing demand,” Libby Leffler, president of Compass Northern California, said in a statement. “Additionally, as the stock market reached record highs, many investors saw their wealth dramatically increase, further driving demand and prices in the Tahoe region.” 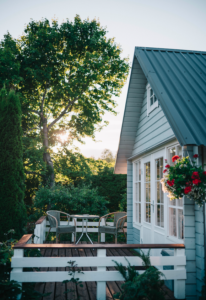 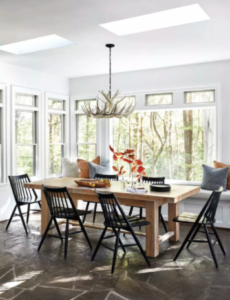 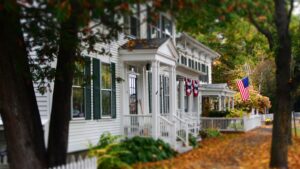