Common American Home Styles
Although Europeans love to joke about how new and boring American architecture is, in reality we have dozens of influential styles of homes. Since you’re a real estate expert, you should be able to identify each style listed below. If you can’t, read the style and description below then come back to this article in a few days and quiz yourself.

Here are the most common home styles in the United States to get you started:

Craftsman Style Homes
Period: 1900-1930
Commonly found in: California, Seattle, Oregon
With design elements from the British arts and crafts movement of the late 19th century, craftsman style homes became extremely popular in the early 20th century. The characteristic elements of a craftsman style home include a low slung roof, large front porches with a staircase leading up to it, large squared off columns that were usually exposed or decorated with stones or brick, and minimal decorative elements.

Brownstones
Period: 1840s-1890s
Commonly found in: Manhattan, Brooklyn, Philadelphia, Boston
Built from the eponymous stone quarried in Connecticut, brownstones were a very popular style of townhouse in many East Coast cities like New York, Brooklyn, Philadelphia, and Boston. When first pulled from the ground, brownstone is actually pink, but settles into a rich dark brown over time.
Many brick townhouses are mistaken for brownstones because of the way they’re painted, but true brownstones were always made from actual brownstone which was a preferred building material because of its softness and ease of working with.

Rowhouses
Period: 1820s-present
Commonly found in: Manhattan, Brooklyn, Philadelphia, Boston, Washington D.C., Baltimore
A rowhouse is a single family home that shares a roofline and one or more walls with a group of other homes on a single block. Frequently built at the same time by the same developer,

rowhomes were a very popular style of housing in 19th century American cities due to the cost savings of building multiple homes at once on one plot of land.
While rowhomes generally share many of the same features including window styles and placement, front stoops, and yards, some rowhouses were built with eclectic styles of homes grouped together. When building homes, workers built doorways connecting each rowhome together so they could easily walk from one home to the next to finish construction. These doorways were then sealed when the homes were sold to buyers.

Ranch Style Homes
Period: 1920s-present
Commonly found in: West Coast, Everywhere
Ranch style homes were the modernist answer to affordable family living. With only one story and low slung roofs, ranch homes allowed for open-plan layouts and a more laid back, less formal style of living that became popular in the early 20th century modernist movement.
A hallmark of American suburbia, ranch homes became so popular that by the 1950s nine out of 10 new homes built were California ranch homes. Ranging from luxurious and sprawling

midcentury modern homes to the most basic starter home, ranch houses were truly versatile and built for American families from every walk of life.

Split Level Homes
Period: 1950s-present
Commonly found in: West Coast, Everywhere
Split level homes are multi-floor houses with short flights of stairs connecting each level. On the East Coast, split levels almost always have an entryway that opens on to two flights of stairs, one going up to the second level, and another heading down to the first or ground floor. The top floors of a split level home tend to have full height ceilings while lower levels might have lower ceilings.

surroundings into the design of the home. Interiors usually had open layouts with few walls separating the space which allowed rooms to blend into one another.

Bungalow Homes
Period: 1940s-1960s
Commonly found in: California, Oregon, Everywhere
Often borrowing elements from craftsman design, bungalows are relatively small, single story homes. They often have small front porches and double pitched roofs often with small dormer windows.
Want a fun talking point for your clients when you’re showing a bungalow? Tell them that the style and term originated in the word “bengala” which referred to homes built in the style of the Bengal region of India.

Often called America’s first unique architectural style, Greek Revival homes were inspired by elements of ancient Greek architecture. These frequently include large columns in at the entryway or along the entire front of the home, symmetrical double hung windows, and large front doors with sidelights. Ornamentation is generally very restrained and almost minimal.
Also called the national style, Greek revival homes were very popular in the South, especially for mansions and plantation homes.

Postmodern Style Homes
Period: 1980s-present
Commonly found in: California, Everywhere
The postmodernist movement was a philosophical and artistic movement in the 1980s that questioned traditional modernist ideals and employed irony and pastiche in home design. Postmodern homes might borrow elements from Spanish, Midcentury modern, or even Victorian elements into one house.

Storybook homes are houses that take design cues from medieval European homes that were popularized by fairy tales and castles. Often incorporating stone and shingled roofs, you can usually tell if you’re looking at a storybook home if it wouldn’t look out of place in a Disney cartoon about knights and princesses.
We recently wrote an article featuring seven excellent examples of storybook homes here.

Contemporary or Ultramodern Style Homes
Period: 1990s-present
Commonly found in: Everywhere
Contemporary homes are homes that follow up-to-the-minute architecture and design trends. That means that a contemporary home built in 1990 will look significantly different from one built in 2017 like the example above.
Some common elements of contemporary or ultramodern homes include walls of glass, open concept layouts, high ceilings, kitchen islands, formal and informal living rooms—and large open kitchens.

Based on the Victorian design movement in England, Victorian homes in the United States featured ornate decoration on the outside of the home including steep gabled roofs, bay windows, rounded turrets, and dormer windows.

Colonial Style Homes
Period: 1700s-1780s
Commonly found in: Northeast, Southeast
Colonial houses are characterized by gently sloped roofs, an entrance door in the middle of the home, with two windows flanking the entrance door. Colonials can also have dormers, sunrooms, or other smaller additions to the sides of the home. They are frequently found in the northeast and southeast, and have been a popular style that is still built to this day.

Period: 1780s-1800s
Commonly found in: Northeast, Southeast
When colonial style homes fell out of favor in the 1780s, federal style homes took their place. Federal style homes are very similar to colonials, except they tend to have more ornamentation, decorative or even round windows, columns, and dual chimneys.

TYPES OF WOOD AND TILE FLOORING COMMON IN AMERICAN HOMES 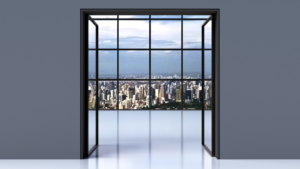