The Woman’s Club of Palo Alto – Our Clubhouse: A Gathering Place

In 1894, there was no place to gather diverse opinions, to identify or address community needs. Woman’s Club members realized that without a building of their own, their only real place would remain at home.

Opening the new Clubhouse in 1916 created a place to gather. It immediately became the center of civic, cultural and philanthropic activity in Palo Alto led by women. Notable speakers and cultural events, open to the public, facilitated intense involvement in local and national issues. Needs were identified, organizations formed and nurtured, and female candidates actively encouraged to serve.

Just two years later, the Club’s position as the center of community life led the mayor to propose that a plate be installed on the sidewalk “pointing the way to 475 Homer Avenue” – because that’s where things got done.

The years around WWI saw the start of a long period of activism for peace:

·     In 1917, member LYDIA MITCHELL co-founded the Palo Alto Red Cross. Without its own headquarters, our Clubhouse became the place where bandages were rolled, clothing sewn and parties held for soldiers and their families.

·     Club member CLELIA MOSHER, a physician and one of the first four female professors at Stanford, spoke in 1919 on her two years as Medical Investigator for Children’s Relief during her experience as the Director of the government Bureau of Refugees and Relief (1922).

·     We hosted a citywide debate on the merits of the League of Nations in 1919 and endorsed the American Peace Party petition calling for America to join the League.

Nascent groups such as the PTA, the Palo Alto Civic League and the Business and Professional Women’s Club were hosted and supported by the Club. We raised funds for veterans’ associations and the Save the Redwoods League. Lou Henry Hoover, founder of the Girl Scouts in the west, spoke about the changing roles of women and girls and the opportunities inherent in scouting. In response, the Club raised funds and provided meeting space to the Palo Alto Scouts until their permanent home was built in 1925.

Women in government a priority.

·     School Board Trustee Cornelia Place was successfully nominated by the Club in 1911.

·     Renown humanitarian Josephine Duveneck was the 3rd woman to be elected to Council, after she spoke to the Club on child labor laws and progressive education. During her term, two Club goals were realized: a policewoman hired and parkland donated to the City by EMILY DIXON.

As a member of the Woman’s Club, you are part of this rich history of community engagement, of nurturing local organizations through grant-making and donating goods, educating the public about community concerns, and encouraging women in civic leadership.

Ready to learn more or make a donation? Click the button below! 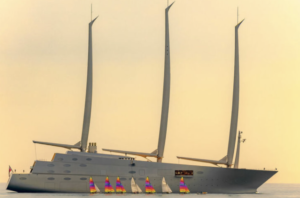 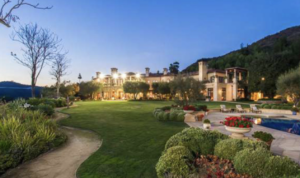