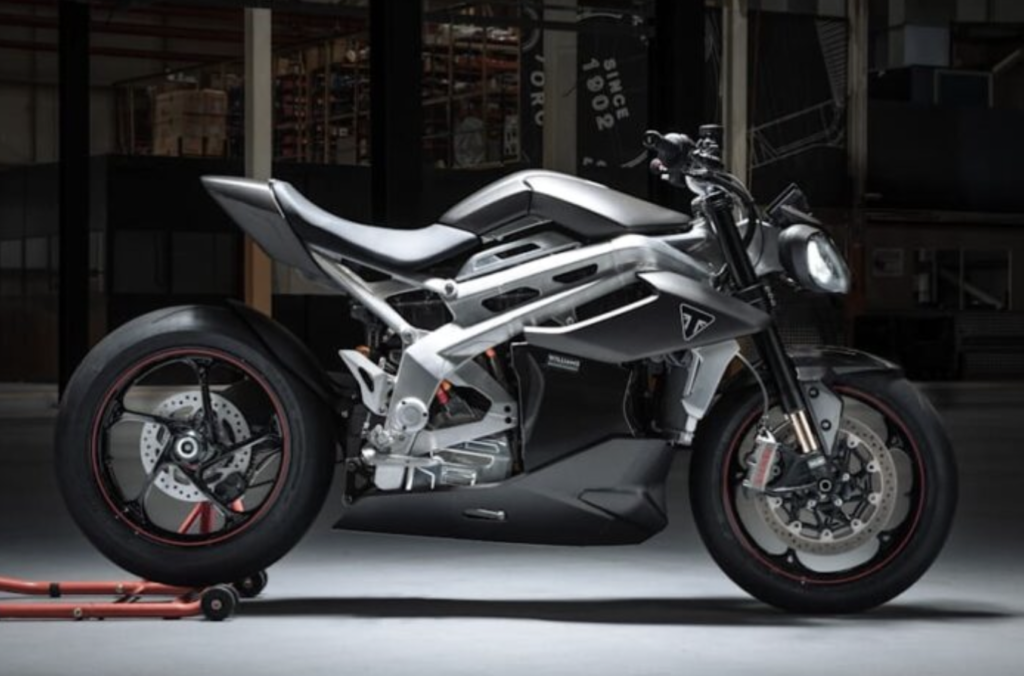 Triumph’s TE-1 electric motorcycle is one step closer to being in showrooms. The company announced the completion of a prototype this winter—the end of ‘Phase 3’, as the website has it, the penultimate phase in the development of the bike. ‘Phase 4’ is next, and that’s testing.

The version of the TE-1 you see below is likely the one that will appear in dealerships. It features a battery pack from Williams Advanced Engineering. Formula 1 racing fans may recall WAE and its team. In the case of the TE-1, WAE developed a special lightweight battery. Integral Powertain, another U.K. firm, contributed a scalable integrated converter.

The prototype TE-1 features a Gates carbon belt drive, a slew of Ohlins components including cartridge forks, and Brembo monoblock calipers. It is now ready for rolling road testing and track testing.